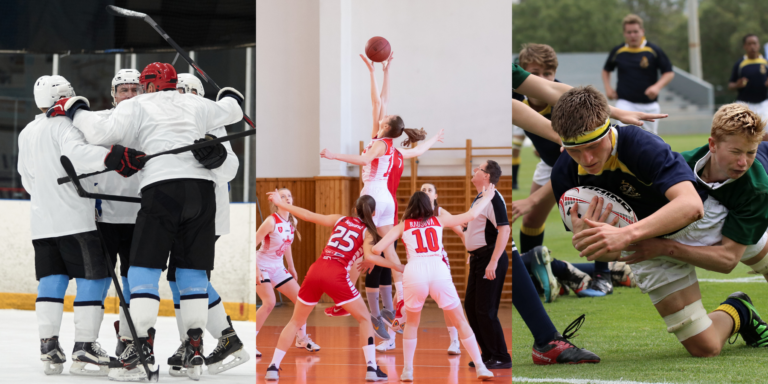 For many athletes, spring and summer are normally the off-season. It provides athletes of sports like Hockey, Rugby and Basketball, to take some time off, wind down and relax from the challenges of their sports season. While it is important to wind down during this period, it doesn’t mean we spend 3 months sitting in front of a computer screen or games console.

After reflecting on their performance, received feedback from their sports coaches and teammates, the off-season is the perfect time to focus on areas that need development. This could mean a number of different things from specific sports skills like passing, shooting, or defence to particular physiological and neuromuscular adaptations such as speed, endurance, strength, or power. At Saltus Performance our goal is to help you develop the physical characteristics to help achieve success in your athletic goals and sports performance. This means, working with athletes, sports coaches, and parents to develop the best plan of attack and prescribing what is best for the individual athlete.

Once clear and objective goals have been established, the first step for any off-season training program is to assess where the individual is currently and what and where they need to be when the next season begins. To do this, every athlete goes through our performance testing protocols. While the testing protocols and tests will vary slightly from sport to sport, the key areas that we examine are power production through a Counter-Movement Jump on our force plates from Vald Performance, linear speed and change of direction with our Smart-Speed timing gate.

From this, specific goals and targets can be set and used to help inform program training design. It should be noted, that while improvements in performance testing and their results are great, they don’t necessarily mean anything unless the athlete is able to reproduce these improvements on the field, court or where they perform. While being able to run a 4.3s 40-yard dash would be an excellent time in the NFL combine, it won’t mean anything if the athlete can’t reproduce this speed on the field.

When it comes to off-season training program design there are a few considerations to think about and will vary depending on the sport but a general overview is:

What this means is that at the beginning of the training cycle, training will focus on developing general adaptations with the goal of developing the overall athleticism of an athlete before transitioning to specific work towards addressing the needs of the sport.

General training looks at developing the athlete as a whole, so focusing on their individual weaknesses but also their strengths. A weights-based training program would look at developing strength through full ranges of motion in big compound movements like the squat. Developing overall strength is always the first step because as we begin to progress through the off-season and into the playing season we need to ensure the muscle tissue is able to withstand and produce the forces needed and handle the stress placed upon it when competing. Also, strength and the muscle’s ability to produce force is critical for almost every movement in sport.

Often paired with compound movements, either in the training program or together as a superset are exercises that address an athlete’s weakness. For example, in rugby, there is a high need for shoulder stability. Often in a rugby players program, you will notice, the first series of exercises will focus on this or these exercises sprinkled through the workout.

In an offseason program, for team sport athletes, a typical progression would be using a short to long approach. Meaning working on the shorter distance, to begin with, coupled with learning basic techniques, shapes and patterns before progressing to longer distances, relevant to the athlete’s sport. As surprising as this sounds, every team sport athlete needs to be working on speed development, even Hockey. Many hockey athletes think that because the sport is played on ice and you have to skate, you do not need to work on sprint or speed mechanics. In actual fact, the opposite is true and research suggests broad jumps and 30m sprint times correlate strongly with speed on the ice!

The third aspect of general training during the off-season is energy system development. Without diving into a rabbit hole and confusing everyone with the depth of science behind energy system development. The goal of early off-season energy system work should be to develop a large base, by this I mean, think of a car, the bigger the engine, typically the more power they have. So the early emphasis here should be building a large aerobic capacity before transitioning into more specific, shorter and repeated sprint type work in later stages of the off-season.

The reason why we want to increase aerobic capacity is:

The challenge with energy system development and early-off season work is keeping the training relevant to the sport and then also increasing the intensity appropriately.

For example, choosing running base drills for sports like rugby and soccer is perfect, but one must consider that athletes will be in a state of deconditioning after not training for a period of time and don’t want to run the risk of shin splints. For swimming-based athletes, how specific is running for their sport? Is there going to be a big transfer from running-based endurance work to their sport? Should this aspect be left upto the sport coach?

This comes to the end of the general training principles for an athlete’s off-season training program and the three key areas every team sport athlete should consider during this phase.

In the up-and-coming blogs, we are going to go into more depth on the specific testing protocols we have for sports such as Hockey, Rugby and Basketball and then go into more detail on what the specific training phase of an off-season program looks like for these sports.