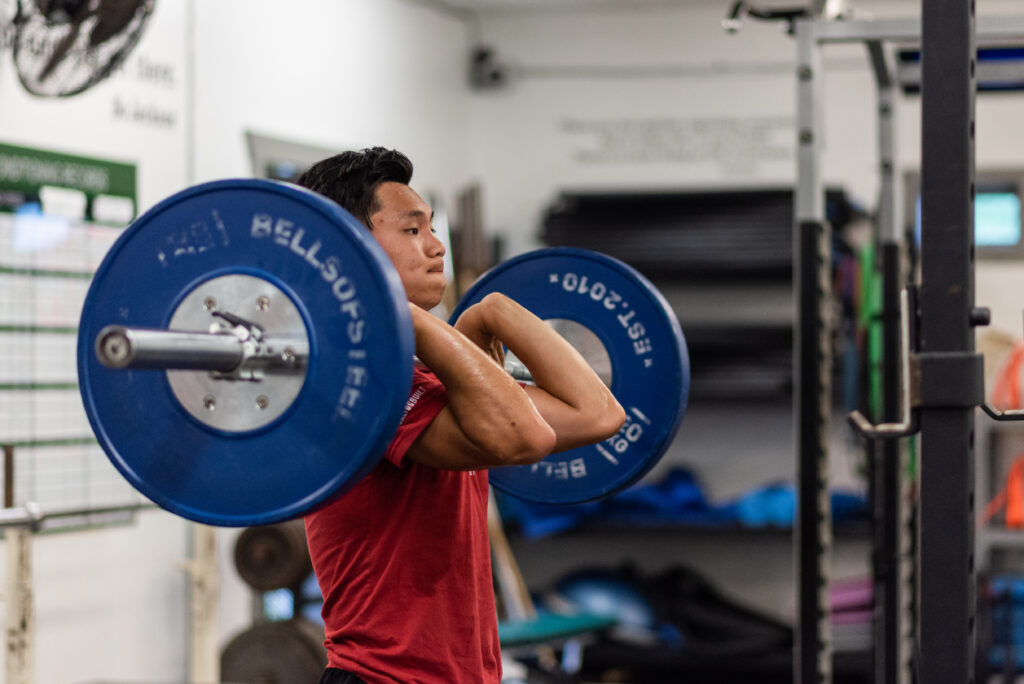 Over the past few years, there has been a big debate about the use of Olympic lifts compared to loaded jumps in an athlete’s training program. Before diving deep into this debate, it is important, to begin with understanding the difference between the two and the variations of each.

Typically, both Olympic lifts and loaded jumps would be used to develop power, explosive strength, or speed-strength, depending on how a coach classifies specific adaptations they are looking to enhance.

As you can see it can be fairly confusing, with all the different variations, what is the best variation for an individual athlete, and then when is best to program them.

For the sake of this article and too not go deep into a rabbit hole, through the rest of this article, I will talk about Olympic lifts as a whole rather than the individual benefits and goals of each variation.

Olympics lifts can be classed as a special exercise in terms of the coordination patterns and relationship between hip extension and knee extension through the movement. Research also goes on to describe a benefit of the Olympic lifts to increase neural adaptation such as the rate of force development, motor unit recruitment, and synchronization of the motor units (English, N., 2018 and Feher et al., 2017.). Furthermore, posture and trunk stability will be key throughout the movement to ensure that neural adaptations can occur.

It is often thought and proven there is a strong correlation between the Olympic lifts and improved performance through sprint times and vertical jump results. A study from the Journal of Strength and Conditioning Research (Arabatzi and Kellis, 2012), found that a training group who completed Olympic lifts had more significant improvements in vertical jump tests compared to traditional weight training methods. The authors also suggest Olympic lifts are better for developing power due to better coordination of antagonistic muscle groups. Research by Baker & Nance in 1999 found a relationship between hang power cleans and 10m and 40m sprint times.

Moving onto loaded jumps, similar to the Olympic lifts, there are a number of variations and derivatives but loaded jumps commonly refer to a countermovement jump while holding a hex bar or dumbbells or with a barbell on the back of the shoulders. Typically, these movements are less complex from a coordination perspective but still require similar intensity and effort as Olympic lifts. Neural adaptations, typically associated with loaded jumps include an increased rate of force development, motor unit recruitment and muscle firing patterns. These are very similar to the adaptations seen in Olympic lifts.

From a performance perspective, multiple studies have shown traditional loaded barbell jump squat (BBJS) has been shown to be significantly related to sprint acceleration and measures of lower-body power output (Sleivert G & Taingahue M, 2004., and Young, 2006). Further research by Koeford found after 6 weeks of loaded squat jump training performance at various loads can improve peak power output by around 12% in a countermovement jump.

An alternative to a traditional loaded squat jump is the use of hex bars. There are arguments that this may be a preferred method to load a countermovement jump due to the placement of external load and also has similar improvements, if not greater, in peak power output, countermovement jump height and acceleration times, as shown within rugby union athletes by Turner et al., in 2015.

Baker, D., & Nance, S. (1999). The Relation Between Running Speed and Measures of Strength and Power in Professional Rugby League Players. Journal of Strength and Conditioning Research, 13(3).