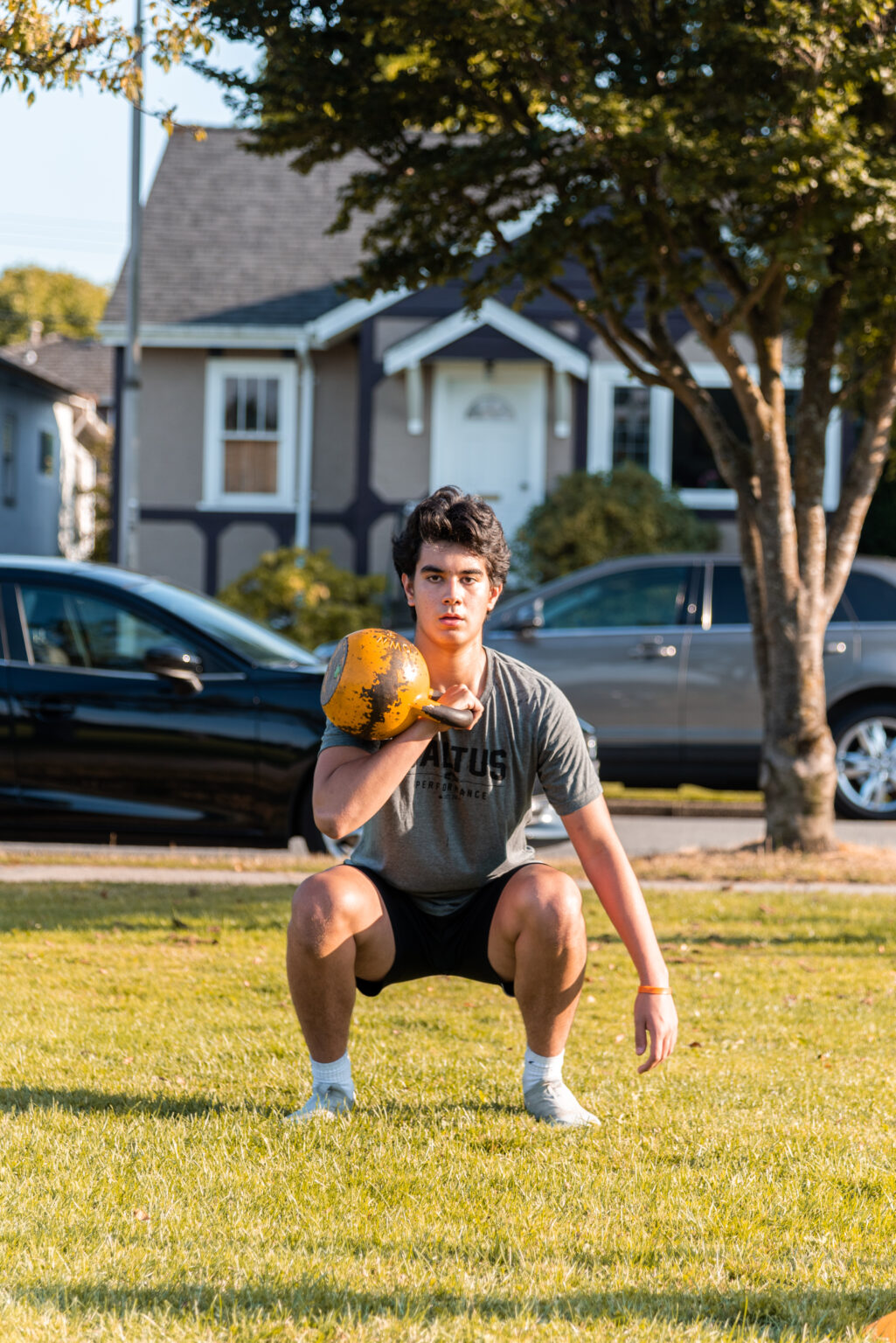 Your training load is important whether you are a high-performance athlete, weekend warrior, or enjoy the occasional sport session for health. What is a training load, you may ask? You may have been fed conflicting information on how much is too little or too much training to reduce your risk of injury. “Don’t overtrain yourself you will get injured” …or… “Always push yourself as hard as you can to adapt to more stressful stimuli”.

In reality how much truth is there to these conflicting perspectives; and how should we really be managing our training intensity to reduce our risk of injury?

Like many things in the health, fitness, and performance space, it is not black and white as it may seem.

It is critical to first set a foundational understanding of the complexity of injuries, in particular soft tissue noncontact injuries. Injuries are extremely multifactorial. Everything from psychological stress, sleep, mood, injury history, training age, biological age, gender, diet and even our own beliefs around injuries can impact our injury risk. However, by tracking athletes’ workloads and their relationship with injuries we can gain some insight into the complex world of injury risk reduction in sports.

A recent 2016 research review titled “The training-injury prevention paradox: should athletes be training smarter and harder?” written by Tim J. Gabbett in the British Journal of Sports Medicine explores this relationship between workloads and injury. He first outlines the current practice in assessing training loads in high-performance sports and then compares the risk of injury associated with different training loads.

In Gabbett’s review, he notes that higher chronic external loads found in rugby, Australian football, baseball, and cricket were all associated with greater injury risks. 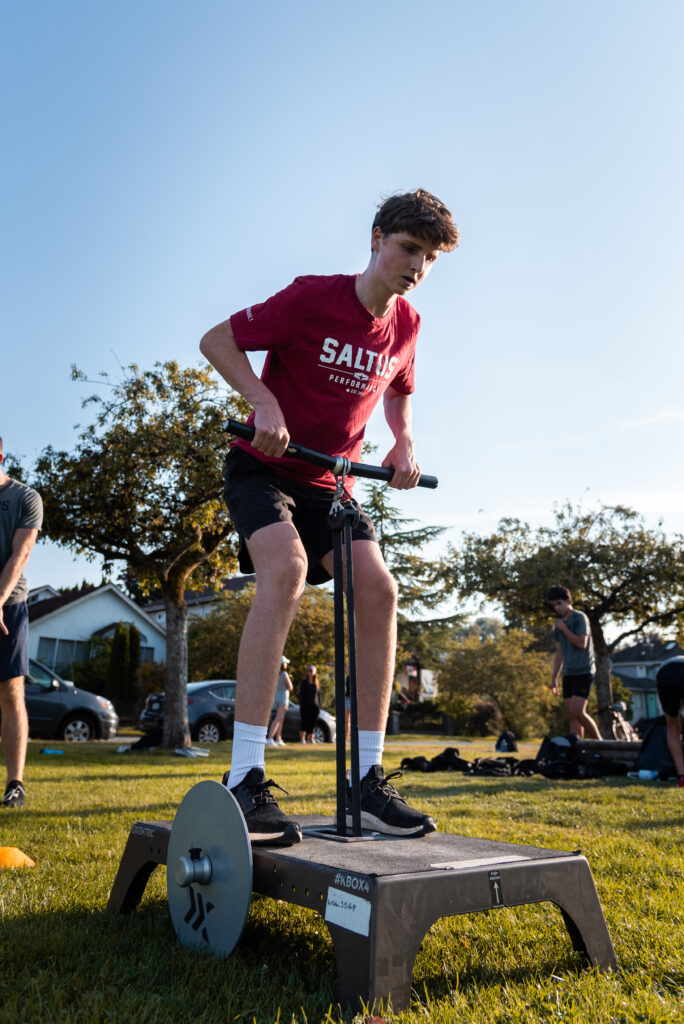 Some examples included a 2.7x increased risk of injury in elite rugby league players who had accumulated higher volumes of long duration (>9m) high-speed (>7m/s) running per training session compared to those who had lower volumes of long-duration high-speed running (Gabbett, & Ullah, 2012). Or a 3.5x increased injury risk in youth pitchers who threw over 100 pitches a season compared to those who threw less than 100 pitches (Fleisig et al., 2011).

However, Gabbett alludes to a critical factor to consider in the interpretation of these findings; in some of the studies, a rapid spike in internal training load prior to studying the athlete’s risk of injury may have played a role in their elevated injury risk.

This leads us to believe that big increases in our workload may be increasing our injury risk. But there is still a problem. To improve our physical attributes through training we must progressively overload our bodies systems to facilitate adaptation. So begs the question, how much increase in workload is too much before we are putting ourselves at serious risk of injury?

To answer this question Gabbett reviews what defines a chronic vs acute workload. Acute training loads are considered anywhere from 1 day to 1 week of training. Chronic training loads are considered 3-6 weeks of training. Gabbett utilizes acute and chronic loads to create a ratio that guides training load prescription. He proposes that an acute: chronic load ratio of 0.8-1.3 as the sweet spot to optimize training and develop resilience towards injuries. He has also found that a ratio of ≥1.5 is considered the danger zone for injury risk. In other words, when spikes of acute training load are seen, the acute: chronic load ratio increases and when it exceeds ≥1.5 we are significantly increasing our injury risk. This is demonstrated in a study on cricket bowlers. Those who had an acute: chronic internal and external workload ratio above 1.5 had a 2-4x greater risk of injury than those who had a ratio below 0.99 (Hulin, Gabbett, Blanch, Chapman, Bailey, & Orchard, 2014).

To be even more specific, Gabbett found in his review of the research that >10% increases in week-week training loads increase our injury risk. An example demonstrating this is in a study of Australian football players where 40% of injuries were associated with a rapid change in training load >10% between two weeks (Piggott, Newton, & McGuigan, 2009).

Assume our primary goal is to reduce our risk of injury as much as possible. Would it not then make sense to reduce our workload altogether? Not exactly.

It is well established that appropriately prescribed training loads may serve as a protective factor against injury, but when those loads are too low, we lose out on those protective effects. It is helpful to consider the concept of physical preparedness in sport. In sports science, physical preparedness is defined as the athlete’s ability to tolerate the demands of their sport. When the athlete’s capacity does not meet these sports demands, then our risk of injury increases.

Consider the example mentioned earlier where elite rugby players with higher workloads of long-duration high-speed running in training were 2.7x more likely to be injured (Gabbett, & Ullah, 2012). When looking at the same data set players were at lower injury risk when they performed higher workloads of short-distance high-speed running and long duration low intensity running. Since the demands of rugby games are more congruent with the higher volumes of high-speed short-distance running and long duration low intensity running, it suggests that it may not be the higher training load that is increasing the risk of injury, but rather the type of the high training load. The training should match the demands of your sport! 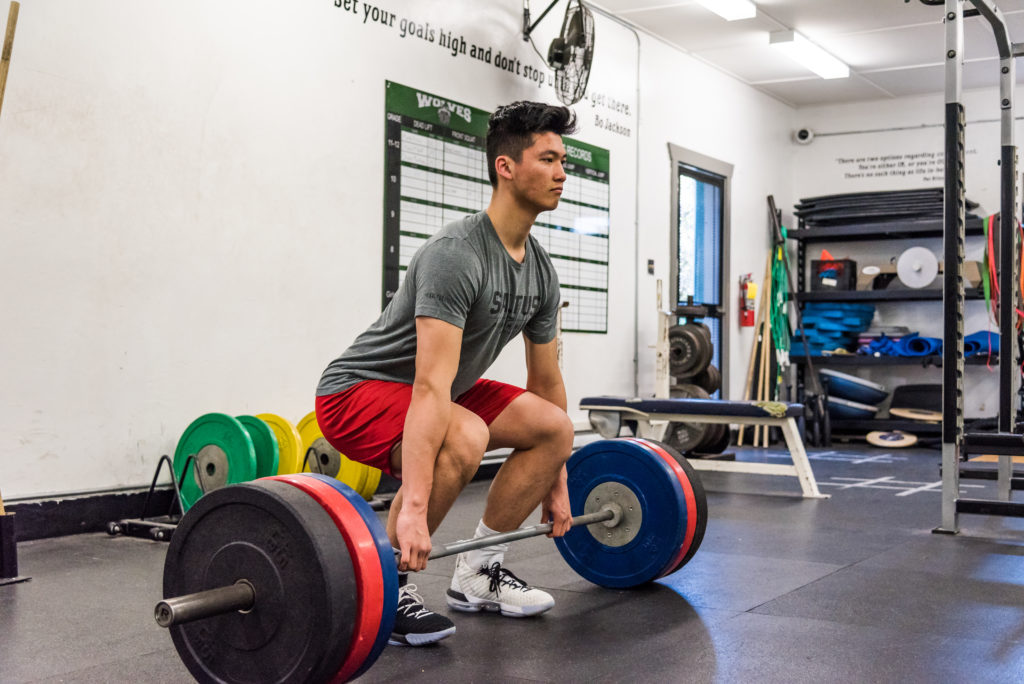 Overall, should we be training with a high training loads or low training loads – what’s the answer? High training loads seem to protect against injury but only if they are managed appropriately without major spikes in our training load and if they simulate the demands of what we are trying to do! It is important to recognize that these findings were found in specific sports including but not limited to rugby, Australian football, cricket etc. Findings in one sport do not always directly translate to others! But it does give us some insight to begin the thought process when applying load management in other sports and training contexts.

At Saltus Performance, we prioritize your safety and health while optimizing your performance gains by critically considering load management in our training prescription. We utilize the best accessible exercise software such as Train Heroic to track your training loads by recording your acute external loads such as total session volume-load (sets x reps x weight) and internal loads (self-reported difficulty scales /10). We take that acute data to develop an in-depth understanding of your chronic exercise loads to make sure that we avoid large spikes in your training load with gradual load progression, optimizing your performance gains while building resilience to injury. 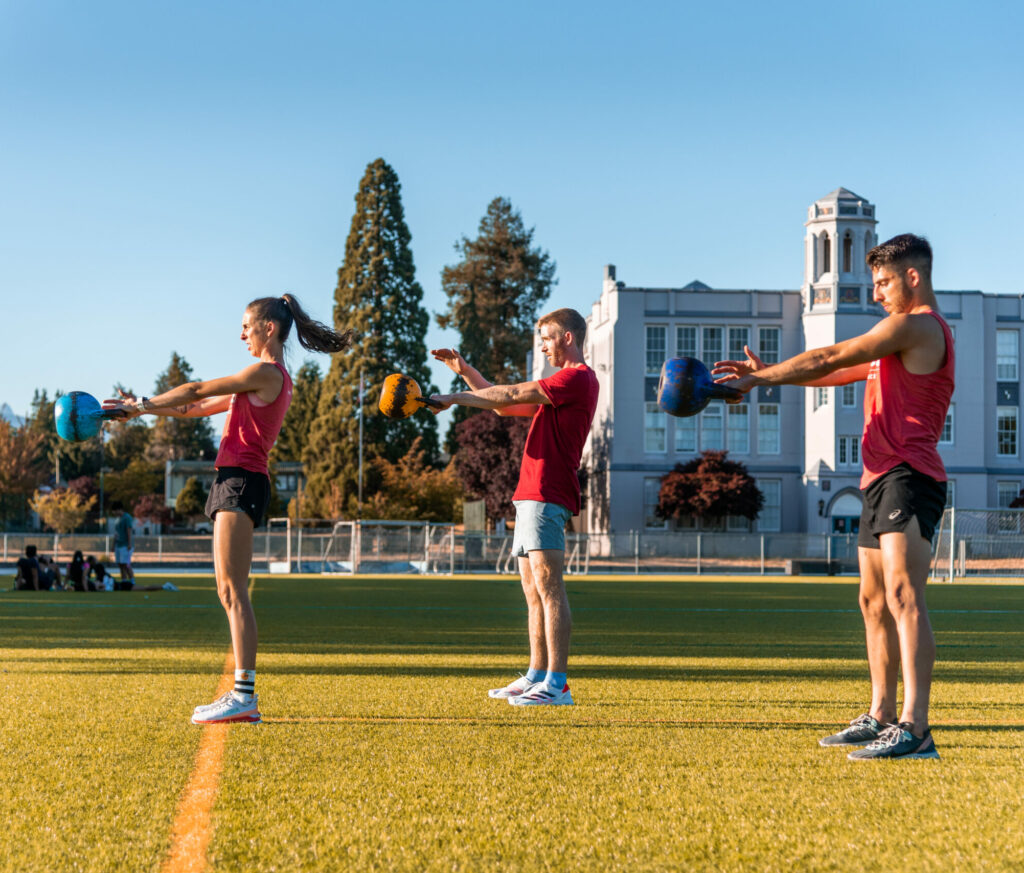 If you’re not training with us but are on the field/court/ice, you can also try managing your own exercise load to take your training to the next level! If you’re on the field and don’t have access to expensive GPS technology to assess your speed and distance you can try the exertional minute’s method by calculating RPE x minutes. After each game or practice session, rate how difficult the training session or game was /10. Then multiply that score by the total time exercised in that session to get your exertional minutes score! High scores fall at around 700-1000 exertional minutes and lighter sessions fall under 300-500 exertional minutes.

Example: 5/10 difficulty score in a 60-minute soccer practice would leave you with 300 exertional minutes. After accumulating enough scores over the course of a few weeks you can compare individual training sessions to your average and see if you are having any major spikes in your training load!

Example:  Over the course of 6 weeks, I averaged 300 exertional minutes per session. However, a scout came to a really tough practice, and I ramped up my intensity leaving me at 540 exertional minutes in one practice session. This would leave me with an acute: chronic training ratio of 1.8. Well over the recommended threshold of 1.5 and over the recommended 10% increase in training load per session.

We at Saltus recognize that sometimes, you just have to give it your all and we can’t always control the sports demands you are required to meet. But just tracking your training load alone can give you valuable insight into your preparedness and how hard you are training over a period of time.